Looking Back at #HIMSS14

From pedicabs to booth babes, from getting lost to being found, #HIMSS14 can ultimately boast a most unforgettable experience for all who attended. Looking back from the tradeshow floor, having my picture taken with Snow White, being tossed a rope by a magician, wandering past a giant RV, listening to a motorcycle and the constant hum of tradeshow chatter, with the scent of fresh popcorn in the air, there was a lot to see and do. I saw dancers and people in costumes. One woman – I wish I had her job – sat in a fancy hospital bed smiling to passersby, for the entire tradeshow.

For me, attending personally for the first time after having sent our Company in years past, the exhibitor hall at HIMSS14 was extremely educational. There are so many brilliant companies coming out with new software in the patient engagement and interoperability technology space. It’s truly amazing. There were partnerships discussed at probably every booth. The new exhibitors were highlighted and promoted, and, of course, we once again discovered even more competition. I met one man that delightfully said, “there’s enough business for all of us,” when he realized whose chocolate he’d been sneaking off with.

When I sat on the floor and chatted with a doctor while grabbing a quick bite for lunch, I can honestly say I made a fast friend for life. The networking opportunities were endless. Having a Partner and some customers stop by truly made our experience enlightening and downright fun. It was wonderful to put together a personality, a face, and a handshake with people I’ve only known on the phone. They saw our weaknesses while we turned this way and that, only trying to find the correct exit from the convention center so we could all go have dinner. On the last day it was a race to see whom would go home with the most swag. I brought home water bottles and stuffed animals, stress balls, and flashing fans.

HIMSS14 took me out of my comfort zone and I loved it. I hugged some complete strangers and nearly was carted off by one of them. I was fascinated by companies that work with children and parents to engage people in their own healthcare at a young age. How brilliant is that? There were games, drawings, prizes, and crowds. There were customers buzzing by, saying they loved us, and new leads shouting about how we were the greatest thing since sliced bread. We couldn’t have asked for better marketing than him!

As time for our drawing drew near, some men lined up at our booth and waited patiently for the winner to be revealed. A few even posed for a photo. Finally the drawing took place and the news was revealed that the very last person to enter the drawing, and whom was still standing off to the side actually won! I still can’t believe it was the last person to enter, particularly since the cards were mixed by a colleague and again by me as I turned away with my arm held out. Kevin a CIO at an Integrated Health System won with a surprised smile. The crowd that had built up was as shocked as I.

I wish I had the time to attend some of the sessions. I was too busy to even visit any of the in-booth discussions nearby. By the time Hillary took the stage I was carting away our booth contents while the hall was undertaking a makeover, peeling it down so there was nothing left but concrete and perhaps a cricket waiting for the next show.

As I tweeted at the end of the show: #HIMSS14 took my breath away. 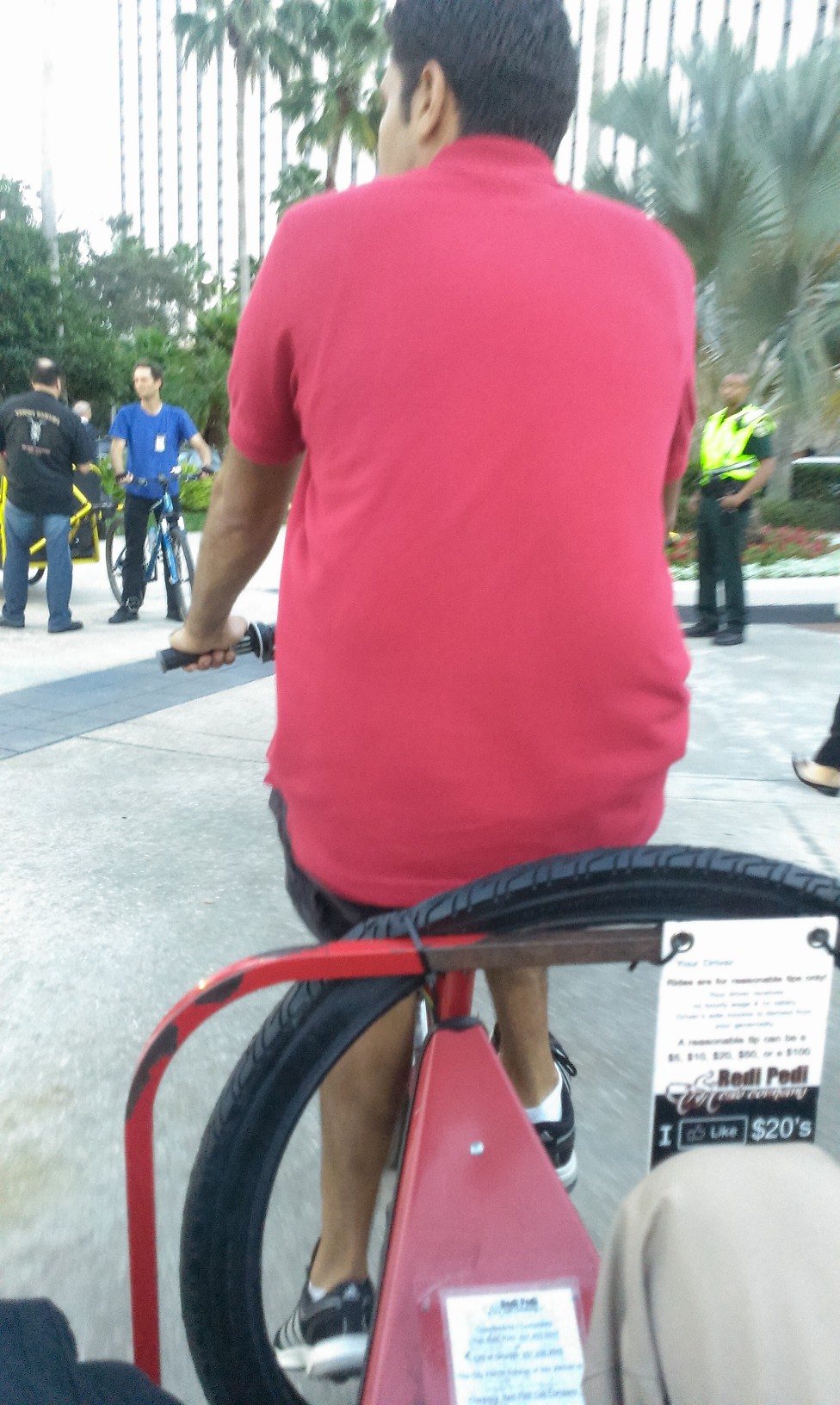 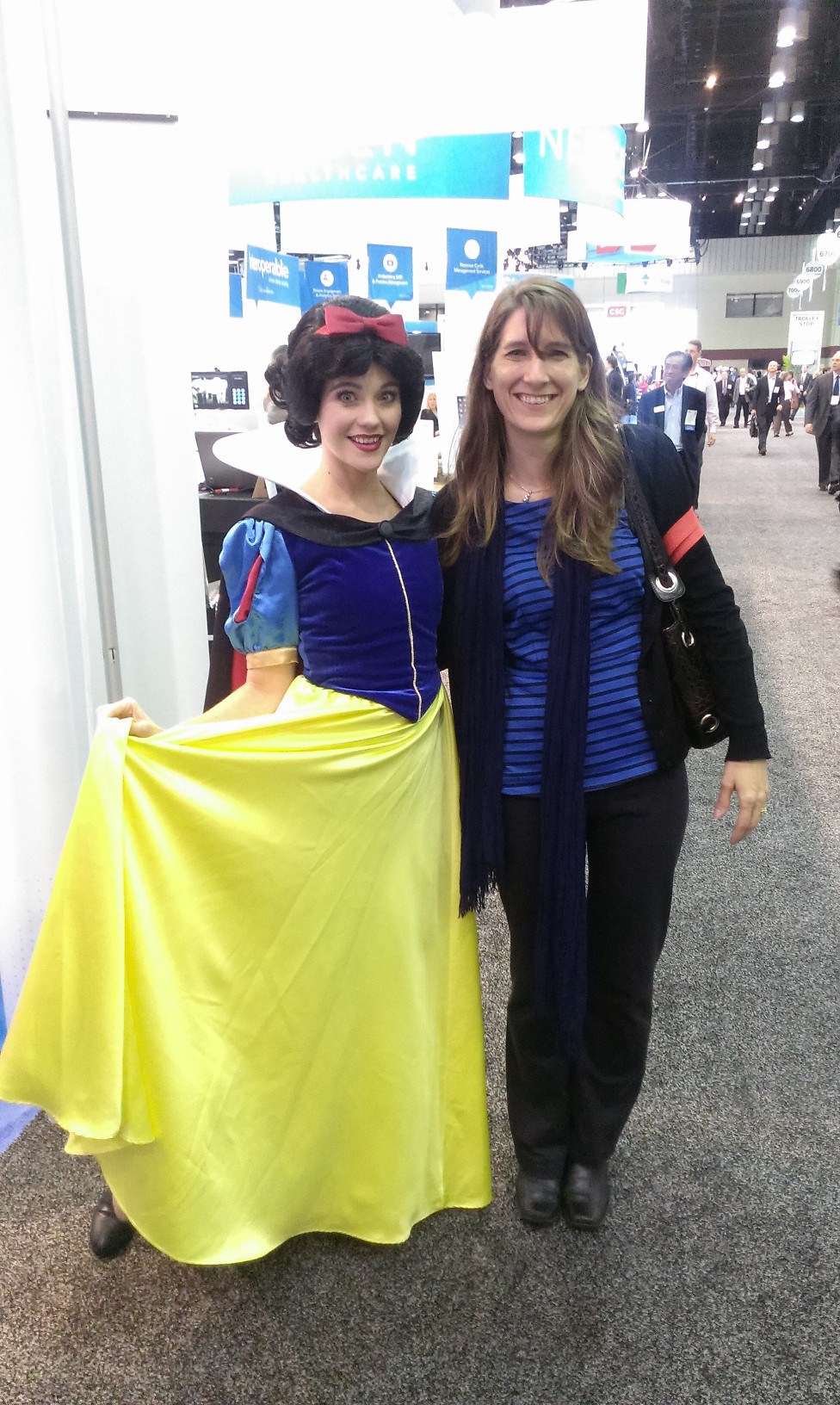 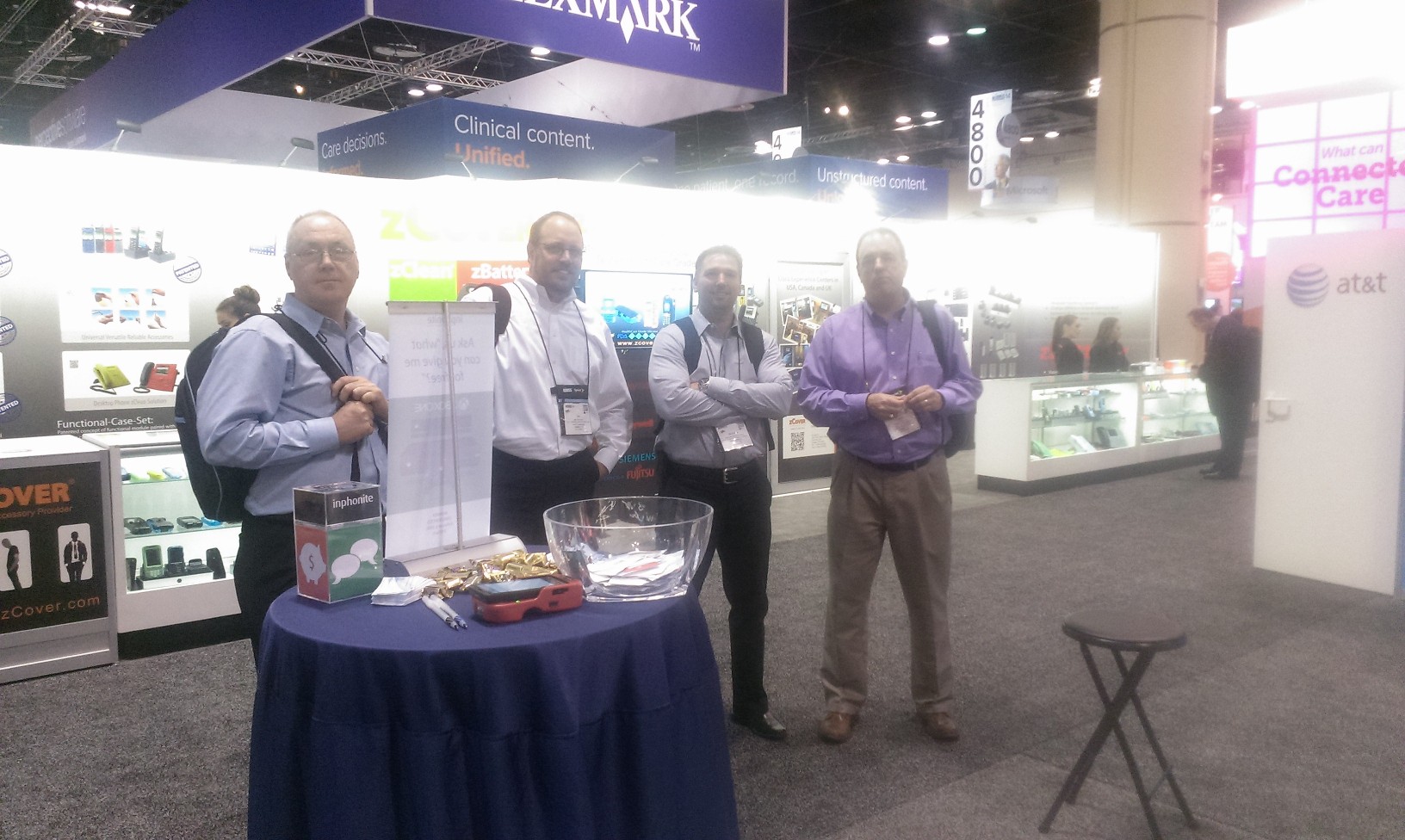 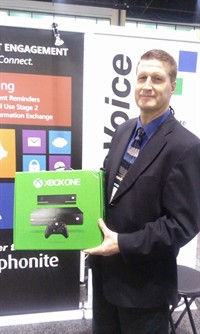 ← Patient Engagement: No One is Just a Number Naturally Engaging Patients →
Free Trial